On January 15, 2022, Douyin's (or TikTok China's) "The Lights Has You" live carnival show took place at the Phoenix Hill Sports Park in Chengdu. Stars including Hu Yanbin, Yuan Yawei, Zhou Shen, and other celebrity guests performed at the venue that accommodated around 3,000 spectators, covering an area of 128,000 square meters. The show was aired online at the same time. There was no room for mistakes.

Three main challenges were to be overcome in deploying intercom systems in the field:

1. Remote communication for cross-area collaboration: With the event held in such an expansive stadium, the live control room was far away from the performance venue, leading to the dispersion of the staff who needed to communicate closely in real-time.

2. Complex wireless environment: Many wireless devices were present, and the signal environment was tricky.

3. Multi-party coordination required: There were 24 backstage staff members in total, including the managing team in charge of the Douyin event, the director group, the console group, and other personnel.

First of all, in setting up each system, we need to decide on the ideal spot to position the base stations as per the venue's layout and the team's distribution.

With that said, the team installed four Solidcom M1 base stations at the console center, where most staff were working nearby. 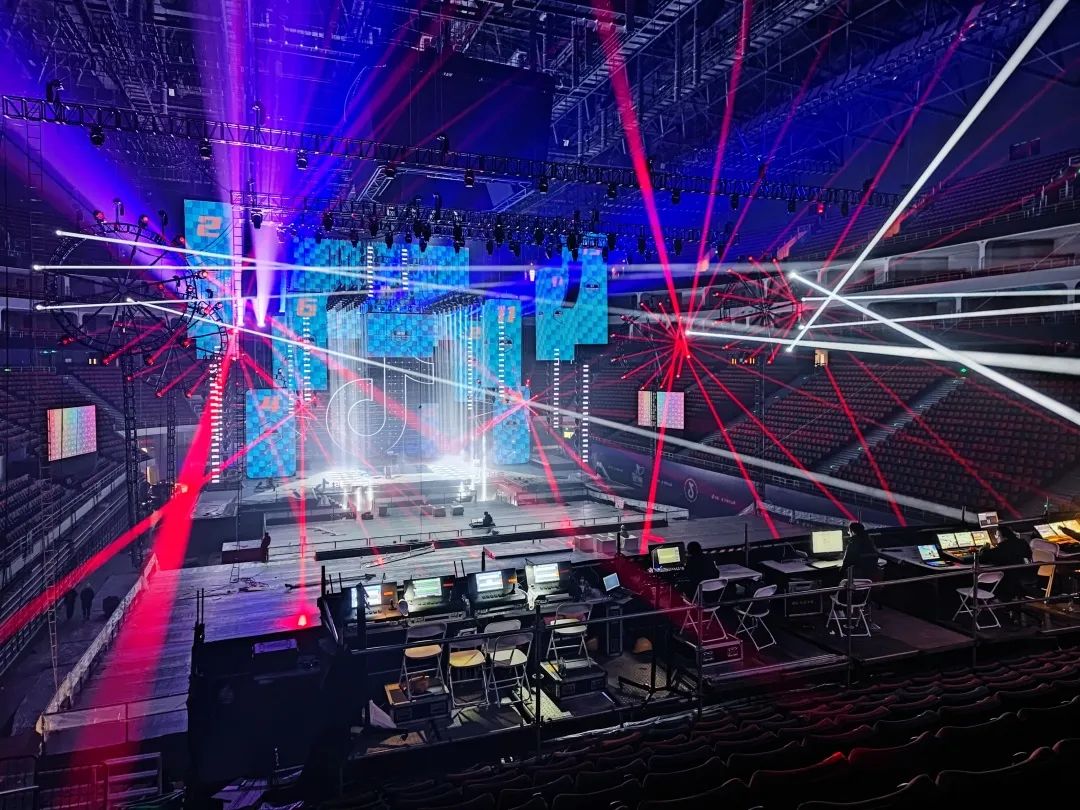 While the live control room was far from the console center, one dedicated base station was deployed on the spot.

And the last base station was then set up by the corridor to have the base stations at the console center interconnected with the one at the live control room, using two 120m (around 390ft) network cables. 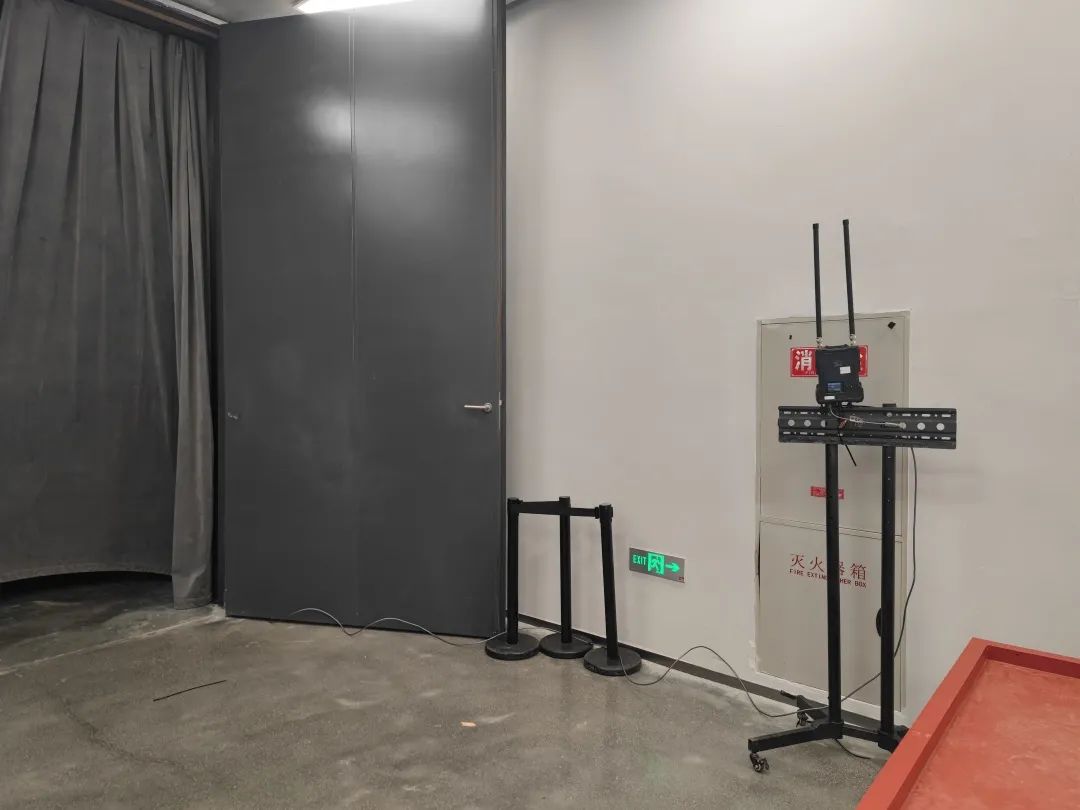 Illustration: One Solidcom M1 Base Station Deployed in the Corridor to Interconnect Two Working Spots

With the cascade scheme concluded, Hollyland's on-site technical engineer, Chen, executed a field signal test and system configuration as part of the preparation work to ensure stable connections of all working beltpacks throughout the event. Each Solidcom M1 system comes with a pair of external FRP antennas, which renders reliable transmission in a 360° radius range of around 985ft (300m). 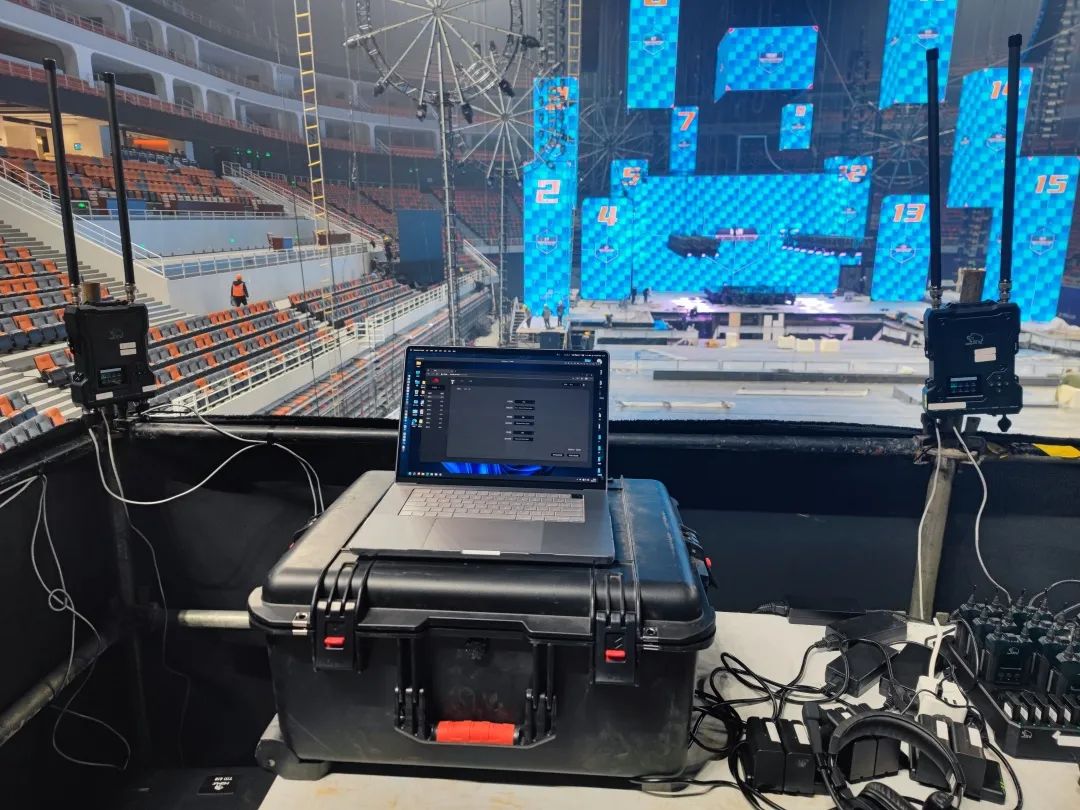 Were we ready as all six base stations were settled and signals tested? Well, it was close, but here was one more step to go - Beltpack Grouping. Before allocating the beltpacks to the team members, all intercom beltpacks needed to be grouped to ensure the best efficiency of team communications. Per the organizer's requirement, the beltpacks were configured into three groups as follows:

B Group - 12 staff members of the director group;

Illustration: Either through the base station, Solidcom APP, or webpage, a group can be created and managed in seconds

Now we were ready. The beltpacks and the LEMO headsets were distributed to each member. The beltpack weighs only 200 grams with a clip-on design for hands-free carrying, while the headsets allow easy Mute/Talk switch by a simple push of the mic boom. The teams needed little or no training to master basic intercom operations.

Hollyland is honored to provide on-site intercom support for such a big annual event with Douyin.

We will continue to provide high-quality and reliable wireless intercom solutions and professional customized services for more events worldwide.